If you're looking for every possible advantage, the Pinarello Dogma F12 Disc Road Frameset could be the ultimate basis for your next race bike. The ultralight frame is constructed from Torayca® T1100 1K DreamCarbon and paired with an ONDA F12 fork. Lateral stiffness has been upped by 10% at the bottom bracket compared to its predecessor the F10, meaning no watts will be wasted when putting the power down during an attack or in a sprint for the line. Drag has also been significantly reduced, thanks to complete cable integration when the Talon Ultra handlebar is fitted (purchased separately). The redesigned frame and fork also reduce drag by 7.3%. Tested in the wind tunnel, in the real world this translates to an 8 watt saving over 1km at 40km/hour, or one second, which ultimately could make or break a podium-worthy result.

This frameset is designed for direct mount disc brakes for supreme stopping power no matter the conditions, and fits tyres up to 28mm wide for improved comfort and faster rolling.

Unlimited Blocks, Tabs or Accordions with any HTML content can be assigned to any individual product or to certain groups of products, like entire categories, brands, products with specific options, attributes, price range, etc. You can indicate any criteria via the advanced product assignment mechanism and only those products matching your criteria will display the modules.

Also, any module can be selectively activated per device (desktop/tablet/phone), customer login status and other criteria. Imagine the possibilities. 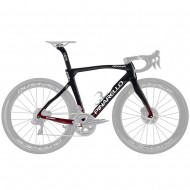 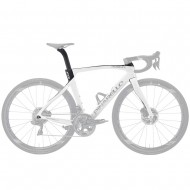 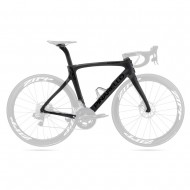